As Streamline celebrates its 20th Birthday, we chat with Renier Banninga, Creative Director and Co-Founder of Streamline Media Group to reflect upon his past, present, and future in the games industry.

Tell us a little about you and your role at Streamline.
Hi, my name is Renier Banninga. I am the Creative / Studio Art Director at Streamline Games and a founding member of Streamline Studios. I come from a more technically focused art background with a passion for Visual FX and Game Design. For a major part of the company's timeline, I have mainly focused on Art Direction for the various projects we have tackled.

In the last few years, with the founding of Streamline Games, I've switched my focus more to full-on internal game development. Now the focus is more on design, systems, and mechanics while still directing the visuals. I do a lot of pipeline and VFX work as well. So I never miss a chance to make some cool magical explosions. I also mentor and host training sessions for the teams.

"Mix things up. The main thing is to not
get lost in your own field and study new
things constantly. They will lead to ideas and
revelations often missed or unconsidered."

How did you get into video games?
Originally the goal was to work in the movie Visual FX. I wanted to create an FX house like The Mill or ILM. But somehow, along the way, I ended up working in video games. I was initially drawn more to classic 2D animation from studios like Disney and Fox, but then came along movies like Jurassic Park, Stargate, Terminator 2, The Abyss, and Independence Day, which just blew my mind as a kid! So early on, I knew that the entertainment industry, whether it was animation or VFX, was my goal.

At the same time, I love video games. I used to take them apart to see what made them tick. Finding concept art or original sprites from the older console titles or articles and 'making of' documentaries. It all started with dipping my toes into the modding scene for the original Quake, Halflife, and Unreal games. When I play video games, I play as a digital tourist. Exploring and dissecting as I go, figuring out how they did things. So, the short story would be that I worked on a particularly ambitious mod back in the '90s called Gunman for the Quake 2 engine. 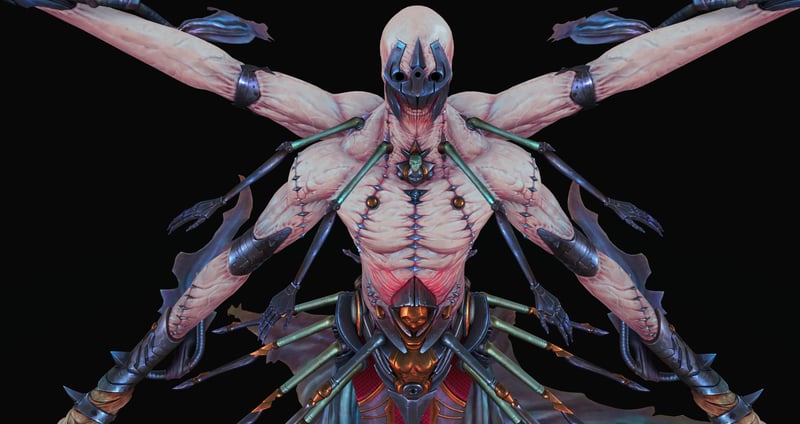 At one point, we switched over to using the Halflife engine. We called them 'total conversions' back then, where effectively, you made an entirely new game using an existing game's foundations. It was good enough to catch Valve's attention. So much so that they wanted us to make it into a stand-alone game. We ended up finishing the project at their office in Seattle for the last 3-month push. That was my game dev college! We made a good chunk of change on the royalties, too, which went into funding Streamline Studios.

What does a typical workday look like for you?
No real typical workday. Changes up a lot based on the day or active projects. Broadly speaking, I get to work, make tea, check with artists on various projects throughout the day, work on designs for new prototypes, R&D new tools and systems, meetings (ranging from design reviews to art planning), and the odd project bid. You know, work 😊

What 5 tools do you rely on the most? 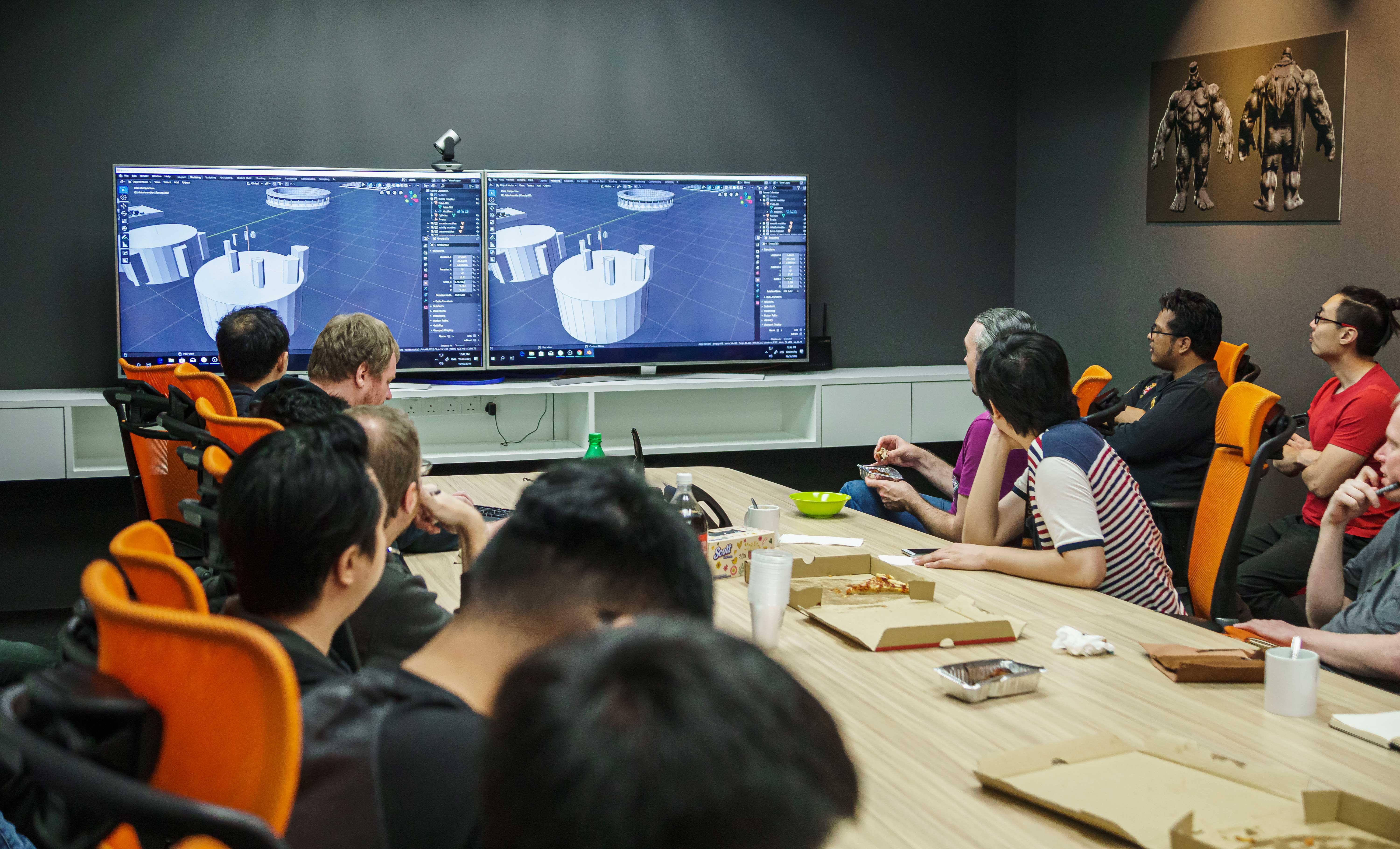 How do you keep things fresh and make sure you are up to date with the latest technologies and trends?

What are the main challenges you face at work?
Time, never enough of it. I always like to do things at the highest quality pushing visuals and technology as much as possible with everything we do. So yeah, more time is always good. On top of that making sure everyone has the tools and knowledge to get the job done. There is always something new with every project, set with their own challenges and puzzles to solve.

"Game development is a highly
technical and artistic field.
Get ready to never stop learning."

How do you make time for your own interests, and how do you unwind?
Wake up early and work on my own projects before the workday starts. Many of my interests cross over with work, though. I enjoy making art in my spare time. I collect and paint miniatures from various board game companies when not at the computer. I've also invested in 3D printing the last few years, which allows me to print and make my own figures for additional painting and customization. Cooking is another hobby that blends the unwinding and artistic side together. If I need to clear my head and unwind, then I go for walks outside. When the location allows for it, I go free-diving or snorkeling.

Streamline is celebrating 20-years this year; what are some of your career highlights?
Working on some cutscenes in the early years for a James Bond 007: Nightfire game was fun. It was followed by doing some work on the Unreal Tournament franchise for their new game Intro. Later working on Gears of War was a fun jump into next-gen games. This was followed by working on Saints Row. We did revisit Unreal Tournament with its 3rd sequel. That one was great in pushing the quality and really designing everything down to the smallest detail. Overlord for Codemasters was another fun one, with playing the villain.

Another game of note would have been BioShock Infinite. I love the series, and the setting was amazing. Even the most mundane object from the 1910–1930s looks interesting. Then there was the slew of fighting games! Street Fighter V has taken a big spot in that regard. Working on tons of stages and the various iconic fighters was very rewarding. Killer Instinct was yet another of those games from my earlier years that I had the opportunity to work on. Marvel vs. Capcom was particularly crazy with all the various IPs mixing together. Learned a lot from that project. Finally, Samurai Showdown was particularly interesting for fighting game animation workflow.

Most recently working on the latest installment of Oddworld Soulstorm, especially working with Lorne Lanning. Much nerding out happened! The man is a legend of a reason. I have met so many interesting folks in my career, so I am sure there will be many more. 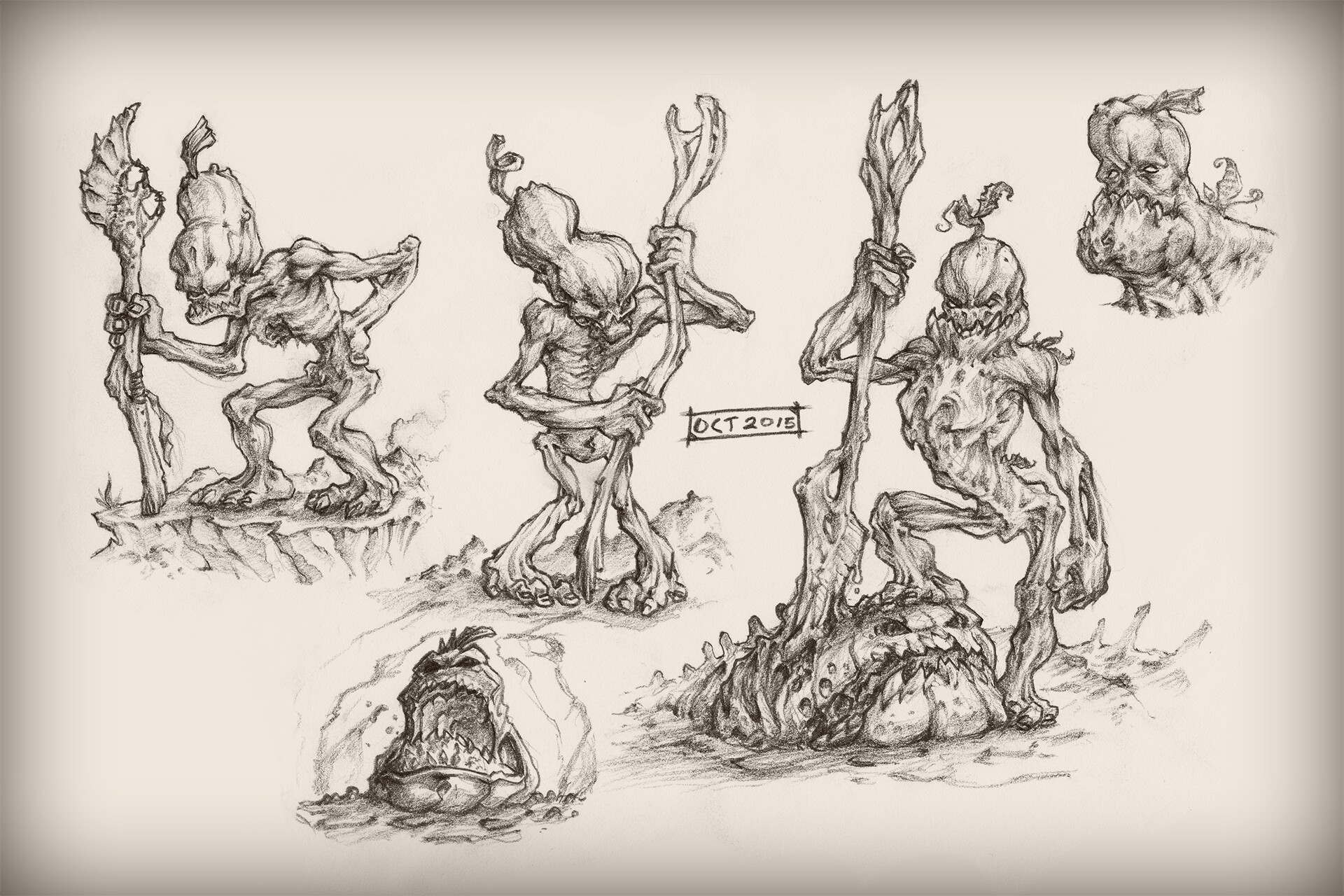 What advice would you give someone looking to enter the games industry?
Learn what makes games tick. Start with games you can take apart and mod. The best place to start is with games where the developers released tools so you can study how they created things. Makes some maps for Starcraft, for example. Look into mapping for the Valve games. Halflife 2 and Counterstrike, Left 4 Dead all have amazing modding communities. Get practical experience creating content for video games. I am more impressed by those who take the initiative to learn and self-study the various tools on the market. Game development is a highly technical and artistic field. So get ready to never stop learning.

What are you most looking forward to for the next 20-years?
Space Colony on Mars! Getting actual humans to land on the red planet and set up shop in my lifetime would be amazing. More crazy advancements in 3D printing technology are another one to keep an eye out for. Advancements in AI and Cybernetics, and on a more rustic note, setting up my own sustainable aquaponics farm. Still, 20 years is a massive chunk of time. There will be events and advancements we won't expect. How about we finally get Cold Fusion working? If we can solve the energy puzzle at smaller form factors, then we'll be able to do amazing things.