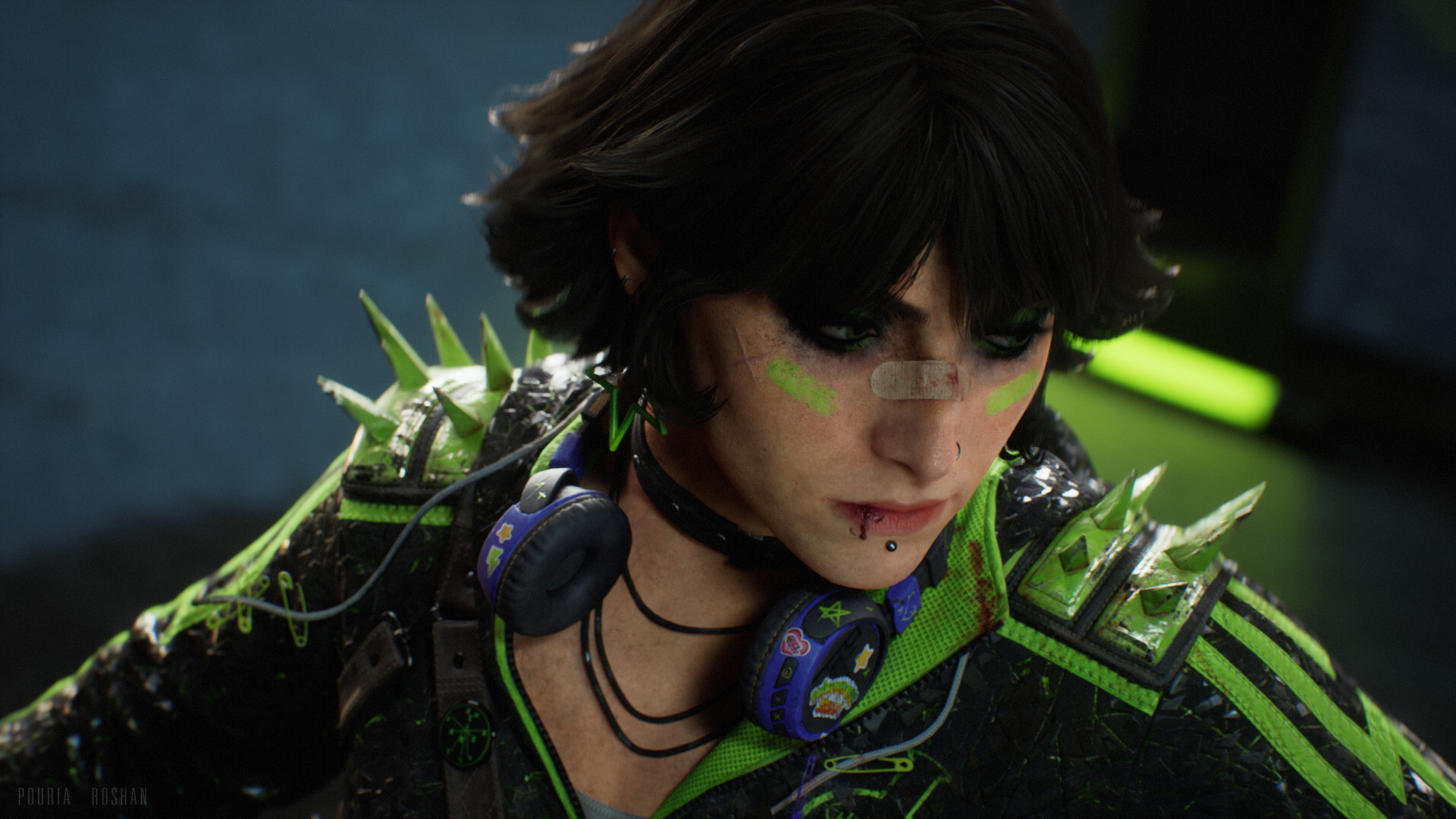 Excerpt from article by 80.lv

Pouria Roshan talks about the challenges of reimagining popular cartoon characters, explains how the scanning for the true-to-life version of Buttercup was performed and shares some tips on texturing the characters to make sure they look good after rendering in Unreal Engine.

My name is Pouria Roshan. The main focus of my career is 3D character art and I am currently a Lead 3D Character Artist at Streamline Studios in Malaysia.

In my second year of studying robotics engineering at the university, I finally decided to change my course and study arts and media. I put a great deal of thought into that decision. A big change like that was something I could not afford to undo.

When I was seventeen, I moved out of my home country, Iran, and came to Malaysia. I then invested two years of my life into studying engineering. It is safe to say the reason why I did not consider pursuing arts professionally from the beginning had more to do with what I thought a "safe" career would be rather than what I was passionate about.

Growing up, I was always drawing and painting, and once I got my first computer, I started creating digital art, simple video games, animation, and short VFX films. When I looked back at my life and truly understood what would get me excited about my day, every day for the rest of my life, I knew a career in the creative industry was the correct choice for me.

I studied Animation and Visual Effects at Multimedia University in Malaysia. After graduation, I stepped into the industry as a 3D Animator and a 3D Artist in an animation company.

My skills up to that point were mainly focused on the animation and VFX industries. However, by then I knew I wanted to get into game production. So I used all of my time outside my working hours to learn and practice the tools and workflows used in the games industry.

About two years later, I entered the games industry as a 3D Character Artist at Streamline Studios in Malaysia, and fast forward to today I am the Lead 3D Character Artist here. Some of the titles I have had the opportunity of contributing to are Street Fighter V: Champion Edition, Call of Duty: Black Ops Cold War, Torchlight III, Beyond a Steel Sky, Afterworld: The Age of Tomorrow, Bake ‘n Switch, and MisBits.

Read the full interview at 80.lv