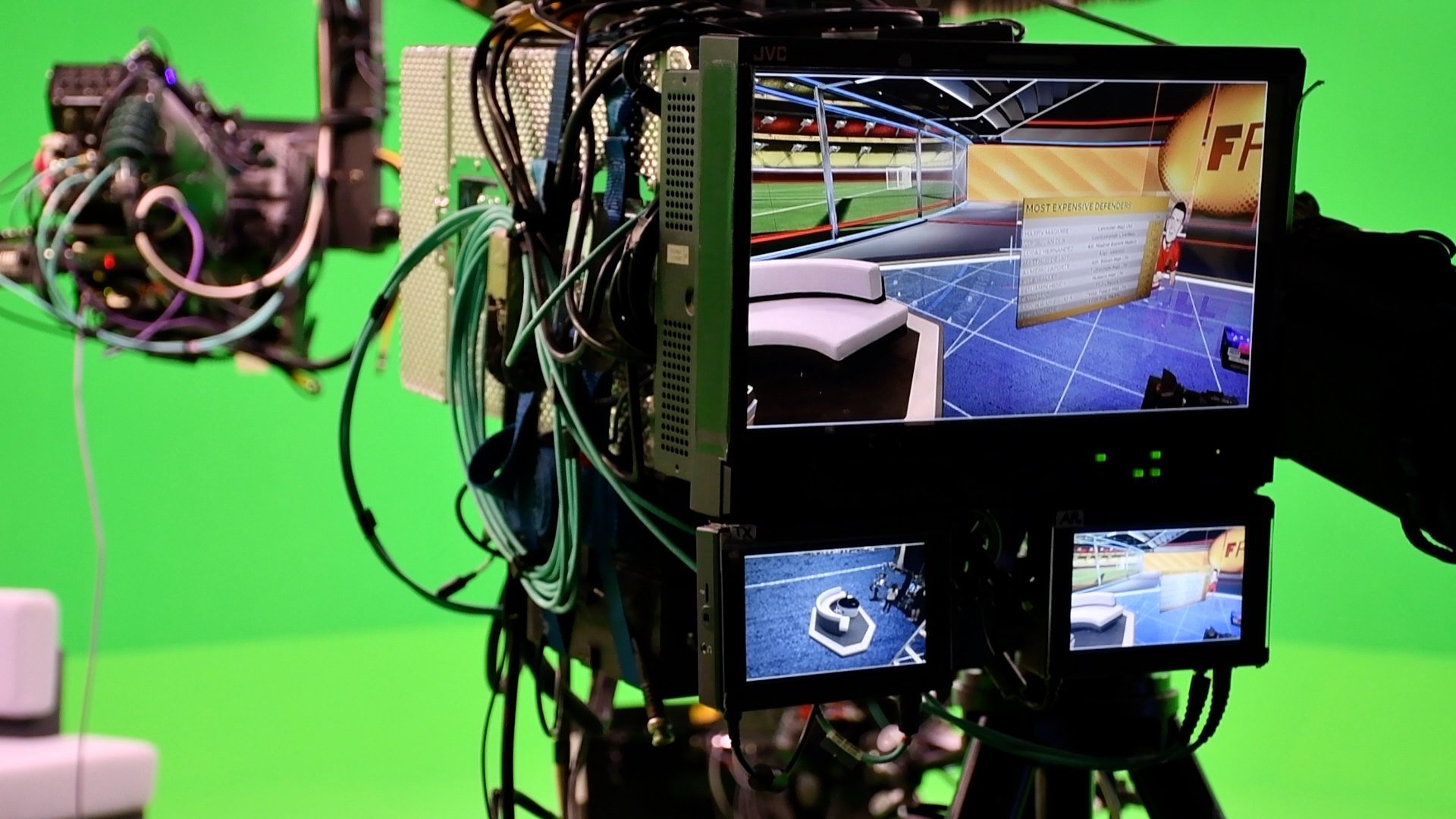 A step into the future

As the BBC embraces "advances in real-time rendering and delivery techniques"1 from the gaming industry, Streamline Studios was excited to be chosen as a partner to help concept a flexible 360 virtual studio to accommodate these four programs.

With BBC Sport Motion's Creative Director, John Murphy and AE Graphics' Head of R&D, Chris Izatt leading in creative direction, Streamline developed the concept for a BBC Sport Football Stadium. As a result, each of the four shows could live within this virtual Stadium, allowing them space to explore their editorial and branding needs without compromising BBC Sport's integrity or identity.

The BBC decided to use Epic Games' Unreal Engine 4 (a suite of integrated tools for game developers to design and build games, simulations, and visualizations) and within it, Zero Density’s Reality (based on Unreal Engine providing rendering realism for 3D environments. It is the real-time, node-based compositor that enables real-time visual effects pipelines) to deliver these virtual studios. Streamline Studios and AE Graphics became dependent on each other’s knowledge in their respective fields. AE Graphics had the technical and onsite experience to understand the practicalities and limitations of a working studio, while Streamline brought its Unreal Engine expertise and history of developing 2D concepts that translate into real-time rendering.

Striking a balance between enhancing the studio capabilities and grounding it in realism was a welcome challenge to address and overcome. Iterating the Stadium and its various studio locations kept the focus on the super-objective to create greater creative and editorial freedom of the highest visual quality. With the use of a gaming engine the temptation to get overwhelmed with endless possibilities or go out-of-this-world with the design could have been a challenge too. However, the team found ways to add luxuries to the studios that a physical set-build would not have permitted (at least not without an out-of-this-world budget).

The ‘smart glass’ is a great example of how something seemingly simple became a hugely cost-effective addition to the programs. This ‘smart glass’ runs in a curve behind the main desk and acts as a panoramic window looking into the BBC Sport Football Stadium. This immerses the viewer immediately by its sense of place. More importantly, the "smart glass" panels give numerous editorial options for the directors to showcase AR graphics, titles, transitions, analysis, fly-throughs the possibilities may well be endless.

This project was a steep learning curve, but a necessary one. It allowed Streamline to exercise skills in a different medium, learning quickly what adaptations must be made to fulfil requirements of cross-media development. The experience gave the team the confidence to take the next steps towards converging media, entertainment, and technology.

With more and more industries turning towards the games industry for applied technology, Streamline is in position, powered-up, and prepared for this digital evolution.