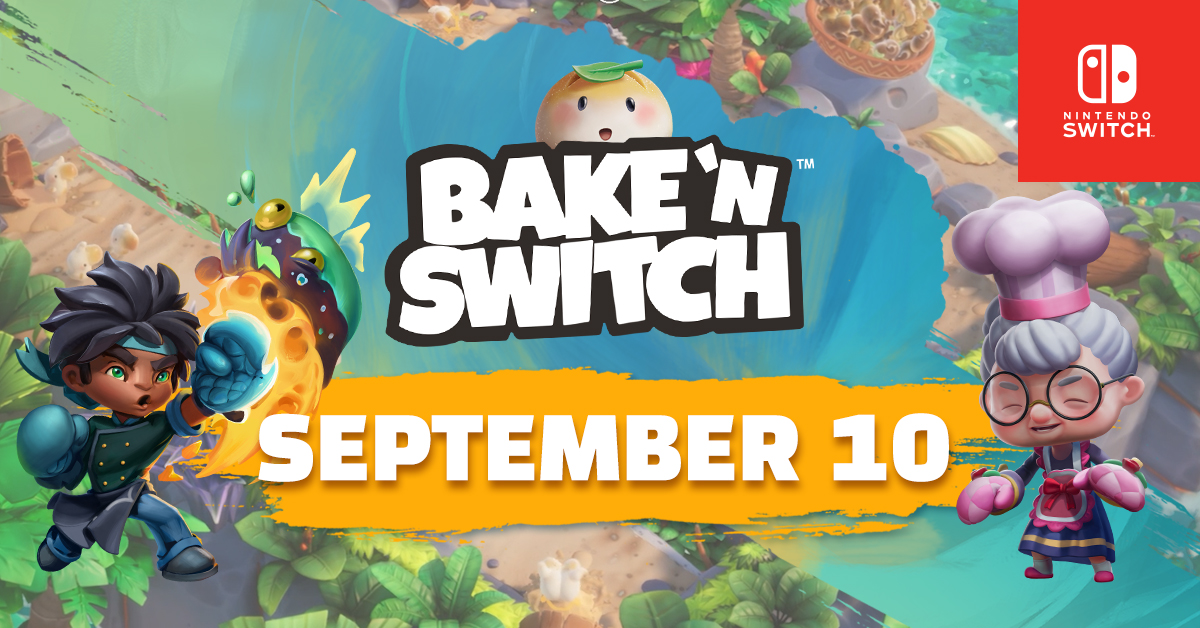 Journey to the lush palms and sandy beaches of Tropic Toaster or the harsh aridity of the Serradurra today in Bake ‘n Switch. Play as one of the six Bakers - Ginger, Rosemary, Thyme, Parsley, Sage or Salt - and embark on a bun-baking extravaganza through 100 levels of sweet and savory party action! Team up with friends in co-op or battle against them as foes in PvP or Team v Team in local and online multiplayer to merge, punch and bake the adorable Buns before time runs out.

And now about those Buns…

Tropic Toaster’s Lil’ Bun starts out as a roly-poly doughball and chomps its way into a Big Bun - give these little guys some space, and they’ll do your delicious work for you! The Doughdoughs may not be the smartest buns in the batch, but while they scare easily, they are easy to herd. Surround them and watch them flock toward the oven and hop right in! While the Doughdoughs and Lil’ Buns may be easier to manage, the Doughrillas have music in their feet and pound their mighty hands to their own jungle beat!

In Serradurra, the sweet “dessert” world, you’ll encounter a whole new bunch of delectably devious Buns. Armadoughs are tough on the outside, but… actually, just tough all the way through! These curly croissants act as giant bowling balls to smash through flavors and barriers, while the sneaky Bunboa burrows its body in the sand and launches surprise attacks to constrict your enemies. Fluff Foxes are fiendishly cute - fast, with a stunning tailspin. You’ll need to work as a team to corner these sly confections and corral them into the oven. And finally, the Batlava, whose super sweet - and sharp - tooth sucks the flavor right off those Buns in no time flat!