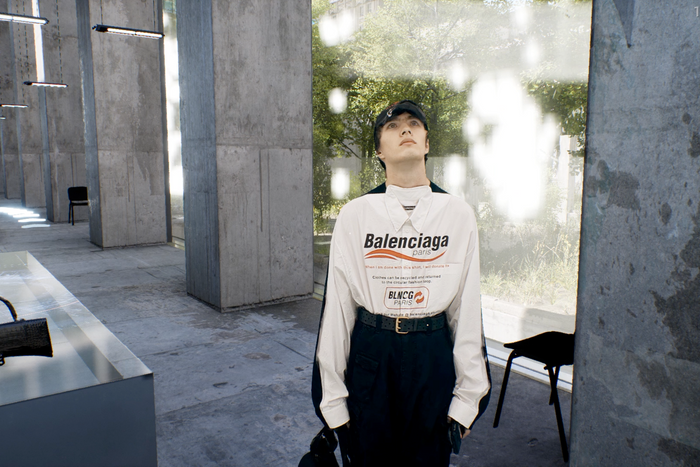 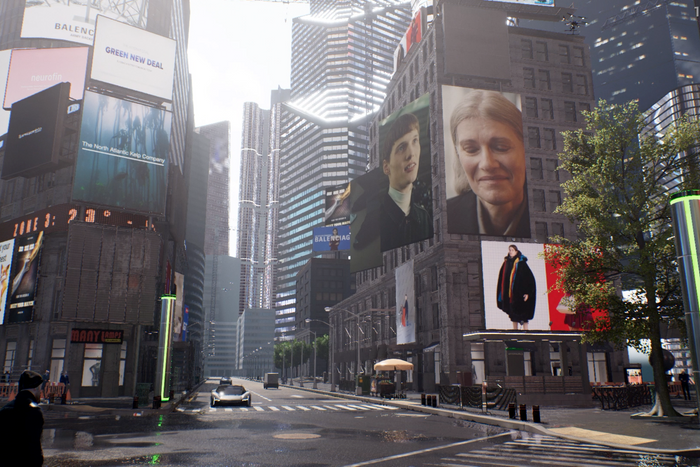 Afterworld represents a new way of thinking about identity in the digital world—that the internet can be a rich, interactive, three-dimensional virtual playground for fashion. An immersive adventure set in a city in the near future of 2031, the game enables players to pick from a range of characters before exploring different zones, passing models and pieces from Balenciaga’s Fall 2021 collection along the way.

It’s a thought-provoking way to showcase clothing—and one that represents the start of major fashion brands becoming awake to the creative possibilities unlocked by new technologies.

The project was a collaboration between a multitude of different studios and creative minds across the globe. Balenciaga’s Creative Director Demna Gvasalia provided the creative vision, both conceiving the video game concept and dreaming up its world. The collaboration began in April 2020, with a conversation between Substance & Inhalt and Wilson J. Tang of Yumebau Inc. about all the available technologies and teams necessary to realize the idea. From there, Streamline Media Group handled the game development and Dimension Studios provided volumetric video capture, with Substance acting as Creative Consultant.

As the game developer for Afterworld, it was up to Streamline to aggregate all the various components delivered by the creative teams working to bring the project to life. “In cooking terms, we were the chef working with great cooks from around the world to deliver a delicious meal for a highly discerning patron,” says CEO and Co-Founder Alexander Fernandez.

Afterworld is one the largest projects Streamline has worked on in terms of the number of parties involved. A unique mix of creative and technical expertise from across fashion, games, and other industries made for an exciting melting pot of perspectives. “This cross-pollination of ideas demonstrated to us how video games have really come into their own right in entertainment and now in enterprise,” says Fernandez.

Looking to collaborate on your next project? Let's talk.